Pomene is an idyllic strip of sand on the estuary of Pomene Bay. It is located about 605 km north of Maputo.

You can explore the estuary, some of Mozambique most stunning beaches and the surrounding nature on various itineraries on MSC Orchestra. 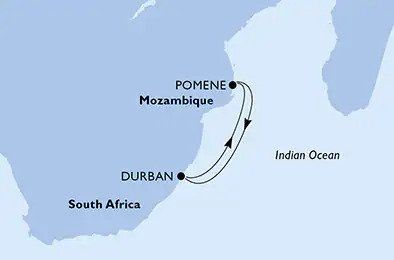 What are you looking for?

"The staff on the ship was very helpful and the friendly service was excellent. From food to entertainment I thoroughly enjoyed my holiday. I'm going back to Pomene for sure.

Includes & Excludes in your Cruise Fare

Pomene bay is an unspoilt region located 170 km from Vilanculos and 605 km north of Maputo.

The Bay is part of Pomene Nature Reserve, a protected marine area that has escaped destruction thanks to its remote location.

The location offers travellers a strip of impeccable white sandy beaches coupled with the warm waters of the Indian Ocean. The added value is the pristine natural estuary that faces the beaches.

MSC took over the Pomene Lodge in 2017 to offer a second Mozambican stop to their South African itineraries. 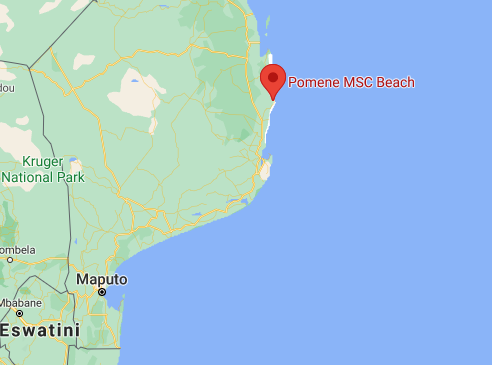 How do you travel from the ship to Pomene?

The ship anchors a couple of miles off the coast of Pomene.

Passengers will travel for approximately 20 minutes to the island by tender boat, which is similar to a speedboat that carries approximately 150 passengers.

Guests are required to get a disembarkation tender ticket with a number on it from one of the lounges prior to leaving the ship. The exact lounge is advertised in the daily newsletter that you get on your bed in your cabin. We recommend that you get a ticket early and then enjoy your breakfast until you get called by the ship.

When the ship is ready to start with the transfer of guests, the reception will call each individual number. You then will join the queue to reach the tender boat.
Tips: similar to the tender in Portuguese Island, the trip from the ship can be very bumpy and wet. 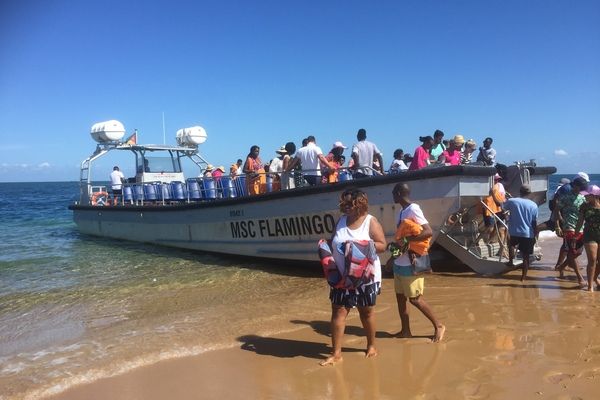 What to do in Pomene

The Pomene destination has been developed by MSC into a resort / club-like island feel. The swimming pool overlooks the estuary side of the island and its large decks.

The white sand and thatched umbrellas set out on the beach make you feel like you're transported in paradise.

Like most of the Indian Ocean destinations, you can enjoy a range of activities, that includes snorkelling tours, underwater excursions, a quad visit to the old Pomene Hotels ruins.

If you are looking for a R&R experience, why not rent a private cabana or even an umbrella and sit on the beach sipping cocktails and taking a swim to cool down.

Here are a couple of the MSC Cruises official excursions:

Head into Pomene's estuary and spot marine life on this 1-hour excursion. You may have the chance to spot whales and dolphins.

This guided snorkelling tour takes you to a picturesque coral reef from where you can snorkel.

Located within the Pomene Bay Marine Park, this protected area is home to a variety of marine life. Explore the mangrove and the sheltered rock reef habitat where you can spot a range of wildlife in the calm and protected waters of Pomene.

If you prefer to explore on your own, you can hire snorkelling equipment for $9.99 per set (mask and flippers).

A great way to explore the estuary and get up close and personal with Pomene's marine life is to take a pedalo out on the water.

Do you need a visa for a cruise from Durban to Pomene?

Most SADC and South African citizens will not need a visa for Pomene, Inhaca Island, Maputo or Portuguese Island.

For those travellers that do, the cruise ship will take care of the visa for you. The cost of the visa is normally about USD 50.- and will be settled with your onboard cruise spend at the end of your holiday.

5) Stand Up Paddle Board Rental

Kayaking is an amazing way to explore Pomene's estuary. A tranquil, natural environment with clear waters - the perfect place for kayaking! You'll be sure to see a variety of wildlife including sea birds and fish on your paddle.

On this excursion, you will discover one of Mozambique's last natural mangrove forests.

Take a stroll around the ruins of the once-famous Pomene Hotel, built-in 1964. The hotel was abandoned in 1974 after only six years in operations following the war that forced the Portuguese out of Mozambique.

When you are walking through the ruins, you can almost feel the grandeur and the charm of yesterday and how impressive this hotel would have been in the 1970s.

Note: all the excursions prices are FYI only, prices can change at anytime

Some tips to help with your cuise

The MSC Orchestra is 92,409 tonnes, 2,550 passengers with 1,014 crew members. She is part of the extensive MSC Cruises fleet and is sister to the MSC Magnifica, MSC Poesia and MSC Musica. The Orchestra was in SA during the 2021/2022 season. 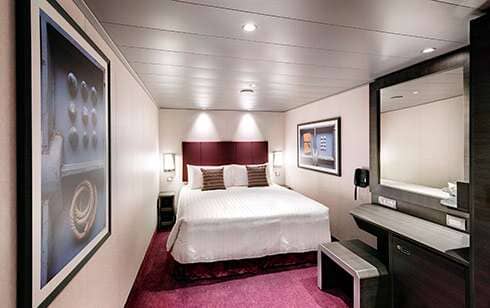 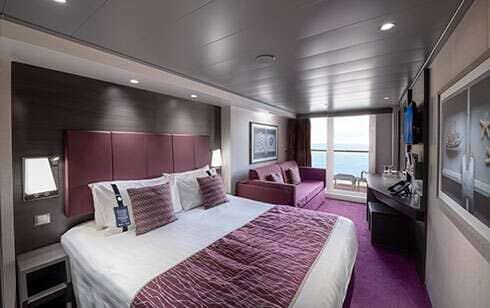 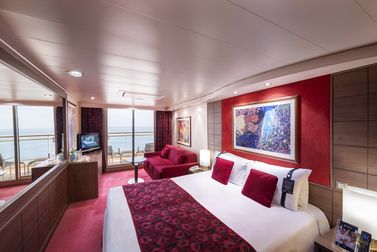 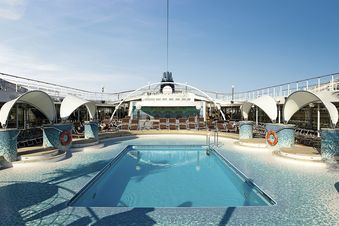 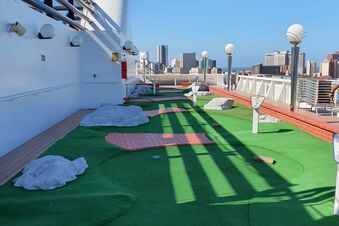 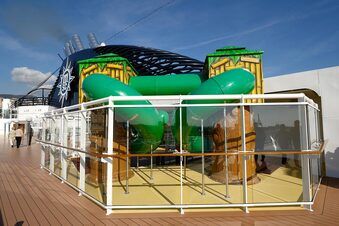 FAQ for a Cruise to Pomene

Do I need to be vaccinated?

From the 1st December 2021, all passengers 12 years and older have to be fully vaccinated in order to cruise to Portuguese Islands. Read more in the FAQ what is required to embark on an MSC Cruise from South Africa

Do I need a passport for this cruise?

Even if Portuguese Island is a tender and not an actual port, you still need a passport as you are exiting the Republic of South Africa.

Immigration in the port of Durban will check your passport details and give you an exit stamp.

What is the currency on Pomene?

All your drinks can be purchased with the ships' cruise card. The drinks packages can also be used on Pomene.

For any purchases you want to make in the local market, the vendors will accept South African Rands and US Dollars. If you have local currencies (such as Meticais) they will accept them too.

How long do we stay?

The cruise vessel will anchor off Pomene Bay in the early hours of the morning. The time spent on land will depend on the tides. Most of the time all passengers will have to be back to the ship before 15h00.

Do I need to bring my own towels?

You can take the towels that are provided in your cabin onshore, so you don't have to bring your own. Just don't forget to bring them back.

Is Pomene an Indian Ocean island?

Pomene is a bay north of the Pomene Nature Reserve, 100km north of Inhambane. The bay of Pomene consists of two peninsulas.

The northern peninsula has most of the hotels and lodges on the beach. And the southern peninsula hosts the MSC Cruises Beach Lodge, the Old Pomene Hotel Ruins, Pomene Lodge and a few other lodges.

What about loungers & umbrellas?

You can rent loungers & beach umbrellas as part of packages sold onboard the cruise ship. Ask reception or check the daily program for any more details and for things to do.

In which country is Pomene?

Pomene Bay is in Massinga, Mozambique. A very rural part of the country about 16 hours drive from Johannesburg.

The remote location is part of the MSC Cruises ship Itinerary during the South African season.

A quick history of the old Pomene hotel?

There is unfortunately not much information available on the Old Pomene Hotel. This is what we have found.

Early 1954, a man called Vic Preen and his son Brian, had enough of Southern Mozambique and were looking for a more remote and untouched fishing ground.

They ended up setting camp in Pomene Point, a natural portent waiting to be discovered. And this after cutting through the forest from the West shore of the estuary.

A part of some local fishermen, they were the only people living on Pomene for about 6 years. In 1960, a cargo ship carrying sugar, the Berea which was shipwrecked on the South Beach of the Peninsula.

A road was built to recover the cargo and the extraordinary bay was discovered.

in 1966 the Old Hotel started its operations and was abandoned in 1974 during the Mozambiquan war.

Can I still buy Easy Onboard?

MSC South Africa doesn't allow the purchase of Priority boarding - (easy onboard) as a single item anymore. This will be part of the Aurea experience and can not be purchased on its own.

Can park your car, in a secure parking, at the newly build Durban Cruise Terminal. For mor read MSC Cruises Parking at Durban Harbour Guide

All Cruise Specials from Durban on MSC Cruises

See the latest Specials and availablity from Durban on any of the MSC Cruises ships.

All Cruise Special in South Africa

The team at Hupla delivered an outstanding service, they were quick and efficient in helping us to choose the right cruise for us. The 4 nights cruise to Pomene Island was a dream coming true. Highly recommended.

My husband often spoke about his memories of Maputo and the Old Pomene Hotel. I wanted to celebrate his 60th birthday and go back in memory lane. I can honestly say it was the best decision I had come to make. The MSC ship was spectacular, the food was delicious. Pomene is still spectacular.

Food the food entertainment was really lovely indeed. We had a wonderful time on the MSC Opera to Portuguese Island & Pomene. Would really recommend it to any family.