The Mediterranean is one of Europe's most popular destinations. You can find elements of beauty, culture and history all in this magnificent region.

There are a variety of cruise liners and itineraries available to travellers. The Med (as it is more commonly known), is divided into two distinct regions - the Eastern Mediterranean & the Western Mediterranean.

In this article we cover:

Why a Mediterranean cruise?

Get a taste of authentic countryside on the outskirts of Monaco, Cannes or Nice. And if it is history you are after, choose a stop in Civitavecchia (port of Rome), Naples (for the Pompeii museum) and Dubrovnik (for the fortress).

When is the best time to cruise the Med?

The summer season is the most popular time, however, you will find great offers throughout the year.

Which is the best cruise line for the Mediterranean?

The Eastern Mediterranean cruises cover Croatia, Greece, Greek Islands and Turkey. Sometimes they will include Egypt and Libya. Usually departing from Venice, Italy or Athens, Greece.

Top hotspots in the Mediterranean for...

These are my favourite destinations for each category in the Med.

Rent a Vespa for the day

Do I need a passport or a visa to travel to the Med?

In most cases, there are no special entry requirements for European citizens and nationals from UK, Australia, Brazil, New Zealand and the USA.

For most of these countries, a valid passport (children need their own) will grant you a stay of up to three months.

Most African & Asian countries will require a visa to travel to the Mediterranean countries.

What do you wear on a Mediterranean cruise?

Be sure to always pack comfy clothes, especially shoes regardless of the season. In any Mediterranean port, you will be required to walk a fair amount to truly submerge yourself in the experience.

It is also advised to pack a hat and sunglasses as the sun can be treacherous. I always choose to pack some light linen clothes for the evening as it is a great way to spend the night in style!

Related: 20 items you need to pack for more tips.

Most of the friends I speak to have this perception that the only items on a menu in the Mediterranean are pizza, pasta and tomato sauce!

Wrong! The Mediterranean diet is a way of life, with spectacular meals full of sun and delicious ingredients all year round.

Picture yourself eating shrimps with lemon and garlic, olives with thyme & capers, a typical horiatiki (Greek salad, with fresh local feta, ripen tomatoes and a peppery olive oil) or some tortillas.

And all of this surrounded by your family and friends making sure to embrace life at a very slow pace.... this is the Mediterranean life... 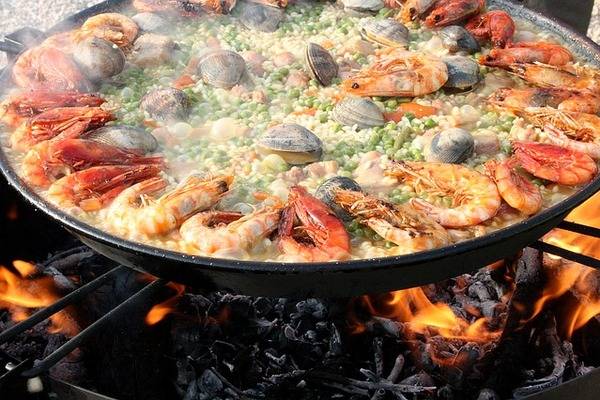 What about the currency and costs in the Med?

Euro is the principal currency in the Western part of the Mediterranean sea (Portugal, Spain, France, Italy, Greece).

In the Eastern Mediterranean, EUR is also widely accepted ie: Albania, Bosnia & Herzegovina, Croatia and Turkey. However, in North Africa and the Middle East, the currency will depend on the specific country visited.

The costs per day will vary from one city to the next, but the below budgets are ballpark amounts you can use for budget planning purposes.

When travelling to these regions, we recommend carrying a credit card (generally accepted) or an ATM card and some cash for tipping. Be vigilant of pickpockets and purse-snatchers, as they prey on tourists in the Med in summer.

There is no hard and fast rule with regards to tipping. A lot of restaurants will add a service charge or a "discretionary" tip to the bill, generally varying from 5% to 10%. Most waiters do expect patrons to round off their bills.

At cafes and bars, tipping is not vital, but it is customary to leave a few coins or some change.

Be aware that most tour guides expect a tip on an organized tour.

What to Expect on your First Day Onboard a Cruise Ship!